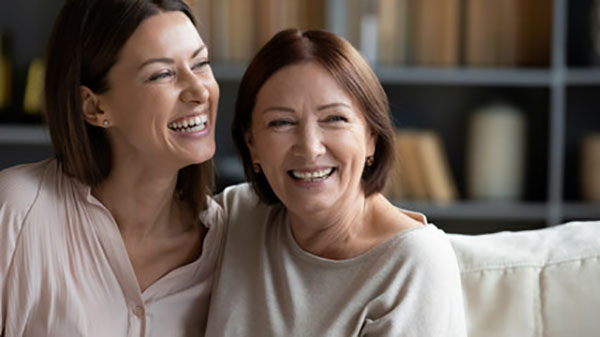 People in Devon are being encouraged to ask themselves if they are ready to talk about death and dying with their families during national Dying Matters Week Mon 13th– Sun 19th May 19.

Dying Matters is a national campaign that aims to help people talk more openly about dying, death and bereavement, and to make plans for the end of life.

Here in Devon, two women who lost their husbands have shared their experience in the hope that it will help other families open up and talk about the difficult subject of death.

Linda, Newton Abbot, and Jean, Starcross, want to address this by encouraging people to talk about their wishes towards the end of their lives, including where they want to die and their funeral plans with friends, family and loved ones.  They have participated in a short film, sharing their experience and advising others what they can do to be more prepared.

Linda’s husband Terry died in 2017 from prostate cancer. “Nobody talked about it [death]. They just talked about how to try and get better. It was too late by then to be talking about doing forms and stuff like that, about which I knew nothing. I had to discover everything, with no one to help.

When Terry was closer to dying, she realised, “I don’t know what he wants, I don’t know where the passwords are. I don’t know how I’m going to manage with the finances because he does it all.”

Jean’s husband Peter died in 2017.  “Whilst death is there for everybody, as birth is, I’m not sure we’re prepared.

“You can go to the Citizen’s Advice Bureau, and they will help you. I found it didn’t have to be very detailed, it was mainly expressing wishes. It was a great comfort to the family, and to myself and to Peter, to know that I had looked beyond.

She adds, “I’ve been able to grieve very naturally, and fully, because all those nitty gritty things were sorted. Live life to the full every single day, but life will end, and make it part of living, and then you’re not afraid.”